Deborah Beams
Research Writer
Deborah is an incredibly talented journalist who's been working for numerous online magazines for over 8 years now. She's also our main research writer who can turn any bori read more

Charles Eggleston
Expert Consultant
Charles's been a plumber his entire life. Thanks to his vast experience we can always rely on Charles' expert opinion when creating any of our articles. He's also a fantasti read more

Bathroomer is reader-supported. We may earn a commission through products purchased using links on this page. Learn more about our process here

The last thing you will want to pay attention to is your toilet, so it’s important to learn the types of flush systems Trusted Source Flush toilet - Wikipedia A flush toilet is a toilet that disposes of human waste (urine and feces) by using water to flush it through a drainpipe to another location for disposal, thus maintaining a separation between humans and their waste. en.wikipedia.org toilets have. Some companies claim that you will not have any difficulties with your flush system and that it will not require major maintenance or replacement. We will help you learn the truth about these systems in this article. 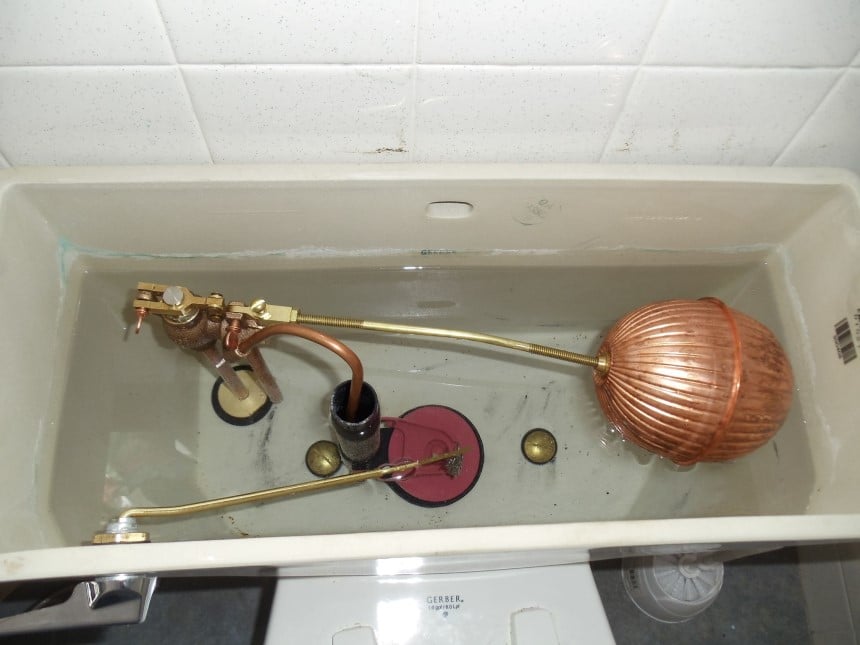 The ballcock toilet flush system is one of the commonly used flushes in the world. A ballcock is a floating ball that is attached to a rod. The movement of the rod activates the plunger. The plunger allows water inside or outside the tank. The downside to this flush system is that it is highly dependent on the water level.

This type of toilet flush system is common in the US. It is a system that works by increasing the water in the toilet bowl rapidly when you flush it before flushing it out. A gurgling sound is heard afterward. It occurs when the vacuum seal is broken. The button on the tank triggers this. The button opens the flush valve, thereby allowing water into the toilet bowl.

This flush system is similar to a ballcock, both in operations and looks. The only distinguishing feature is that it consists of a flapper, not a ball.

Once you pull the flush lever, air fills the flapper and causes it to float. This allows water to flow from the tank to the toilet bowl.

Once the water level in the tank drops, the flapper will not be able to return to its initial position. This allows the tank to refill, thus, preparing it for the next flush out. Advancements have been made, and new versions of the flapper flush are now available. One of which includes the dual flush system.

Pressure-assisted systems use pressure as a major component of this mechanism. It is of great commercial importance because of its powerful flush. As a result, it is not likely to clog. The fact that it does not clog makes it very easy to maintain and keep clean.

This mechanism begins when you press a lever or a button. This releases the pressure (air) that has been accumulating when water entered the tank. Once the pressure is released, water enters the bowl with great force and clears all the waste at once. An excellent choice of a pressure-assisted flush system is Kohler K-3493-0.

Just like the ballcock flush system, the gravity flush system is one of the oldest and commonly used systems. This flush system works by inducing flush pressure by applying water. This pressure forces the waste content in the toilet bowl out. After flushing, a siphonic effect ensures that no waste is trapped by completely clearing the bowl before refilling it with water. 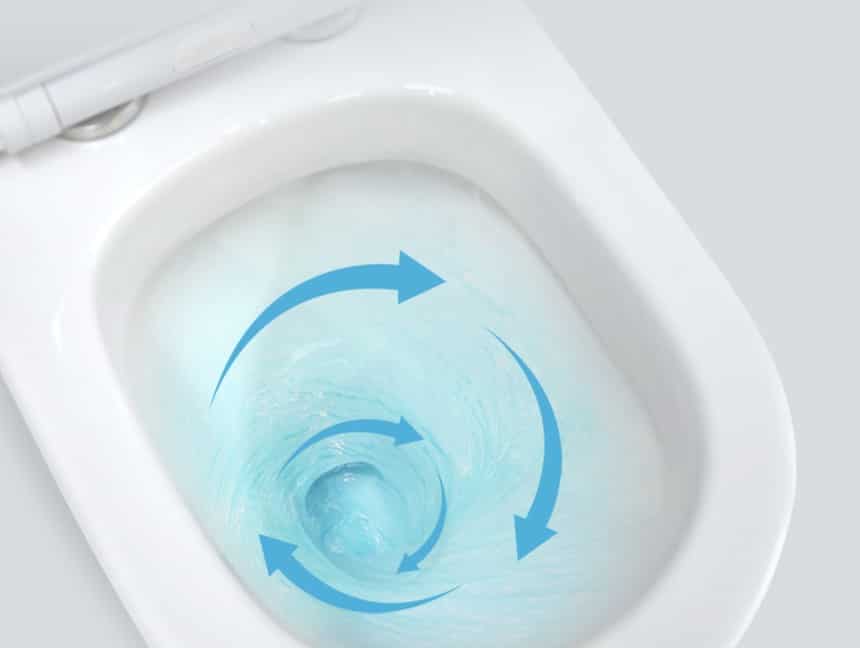 The double cyclone system is one of the latest flushing systems that is gaining popularity. It adopts two nozzles that are supported by a propulsion system( this means that more water is allowed to pass through the tube.)

One major advantage of this toilet type is that it creates a powerful siphoning action resulting in an efficient flush. Although basic, the double cyclone flush stay uses gravity flush mechanisms during the siphoning process.

Dual flush systems are specially made to handle solid and liquid wastes separately. The ability of the flush to treat liquid and solid wastes separately is dependent on the button you press. Some dual toilet flush systems have two buttons. An excellent example is the American Standard H2. Each button indicates the one for flushing liquids and the one for flushing solids.

Dual flush systems are designed to suit the type of waste in the toilet bowl.

Which One Is the Best?

The flapper flush valve toilet system, for example, requires a significant duration of recovery time to refill, which can wreak havoc in a full house and a busy home. Also, a noisy toilet flush can become unpleasant to the ears, as found in the pressurized toilet flush systems. We would opt for gravity forced toilet flush systems because they are very effective and are not noisy.

How to Improve a Toilet Flush?

Another easy technique to check out. The water that comes out of the toilet tank through the toilet rims helps keep the toilet bowl clean. However, these rims can get clogged due to the accumulation of minerals in the water. To clear the clogged rims, brush the insides of the rim to remove any material or mineral deposition clogging the rims.

The second method is to pour four cups of white vinegar into the toilet tank and allow it to soak for a while. Flush the toilet after. Vinegar is a useful household ingredient that works for numerous things. Aside from its popularity as a cleaning agent, it is a very effective ingredient for unclogging toilet flush systems.

Replacing pipe should be your last resort if none of the techniques listed above are working. It means that your toilet flush system is probably due to some pipe replacements.

It is not something you can do on your own if you are not a professional or have no experience. Get an expert to inspect your toilet flush systems and replace the pipes if needed.

1.
Flush toilet - Wikipedia
A flush toilet is a toilet that disposes of human waste (urine and feces) by using water to flush it through a drainpipe to another location for disposal, thus maintaining a separation between humans and their waste.
en.wikipedia.org

pinterest
Related Articles
8 Best Tankless Toilets – Perfect for Minimalist Design! (Fall 2022)
10 Best Low-Flow Toilets – Reduce Water Consumption and Your Bills! (Fall 2022)
How to Get Rid of Toilet Ring and Never See It Again
6 Best Toilets for Small Bathrooms – Reviews and Buying Guide (Fall 2022)
6 Kohler Toilets Worth Investing In – From Simple to the Most Advanced Models (Fall 2022)
How to Unclog a Toilet with Baking Soda and Vinegar?
Leave a Reply Cancel reply
Experts Advise
1
how to unclog toilet when nothing works
2
how to stop toilet from running
3
how to vent a toilet without a vent
4
how to remove yellow stains from a toilet seat
5
how to manually flush a toilet
More Research on Toilets
toilet plungers
Most popular
2
upflush toilet
3
handicap toilet
4
tankless toilet
5
american standard toilet
Navigation